CMAS, which stands for Commercial Mobile Alert System, is a program launched in the United States in 2006, by executive order. It has since been renamed WEA, or Wireless Emergency Alerts. The motivation behind of this initial mobile alert system was to make sure that, in cases of emergency, the president (or various branches of government responsible for order, safety and citizen security) could be in touch with the public.

A citizen might need a mobile emergency alert in the event of an approaching tsunami, earthquake, fire, or emergencies related to transportation disasters, war, disease or other crises. In these case, a mobile alert system that can be relied upon might be the difference between life and death, or major financial impact.

Commercial Mobile Alert Systems are critical to this initiative as many citizens have stopped using land lines altogether. Importantly, a commercial mobile alert system technically uses the same basic technology that a cellphone uses to normal connectivity to cellphone towers, but does not rely primarily on SMS alerts that would otherwise overwhelm a cellular network and halt normal communications. While the system is effective and well developed on the transmission side (and does not require the user sign up or activate the functionality), only more modern cell phones are CMAS-enabled. 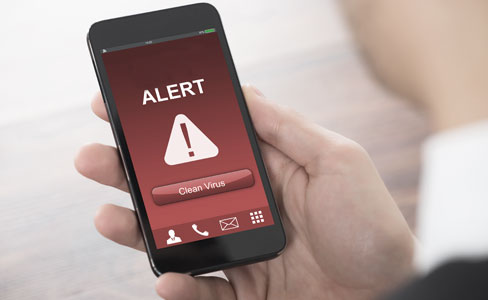 This means that people in remote areas or who are less technically inclined would be less likely to receive mobile alerts using the system. As such, Celltick uses a proprietary implementation called LiveScreen to build the required capabilities into a SIM that will work with most phones. The very oldest phones may still receive SMS messages, as relatively few need to be sent out.